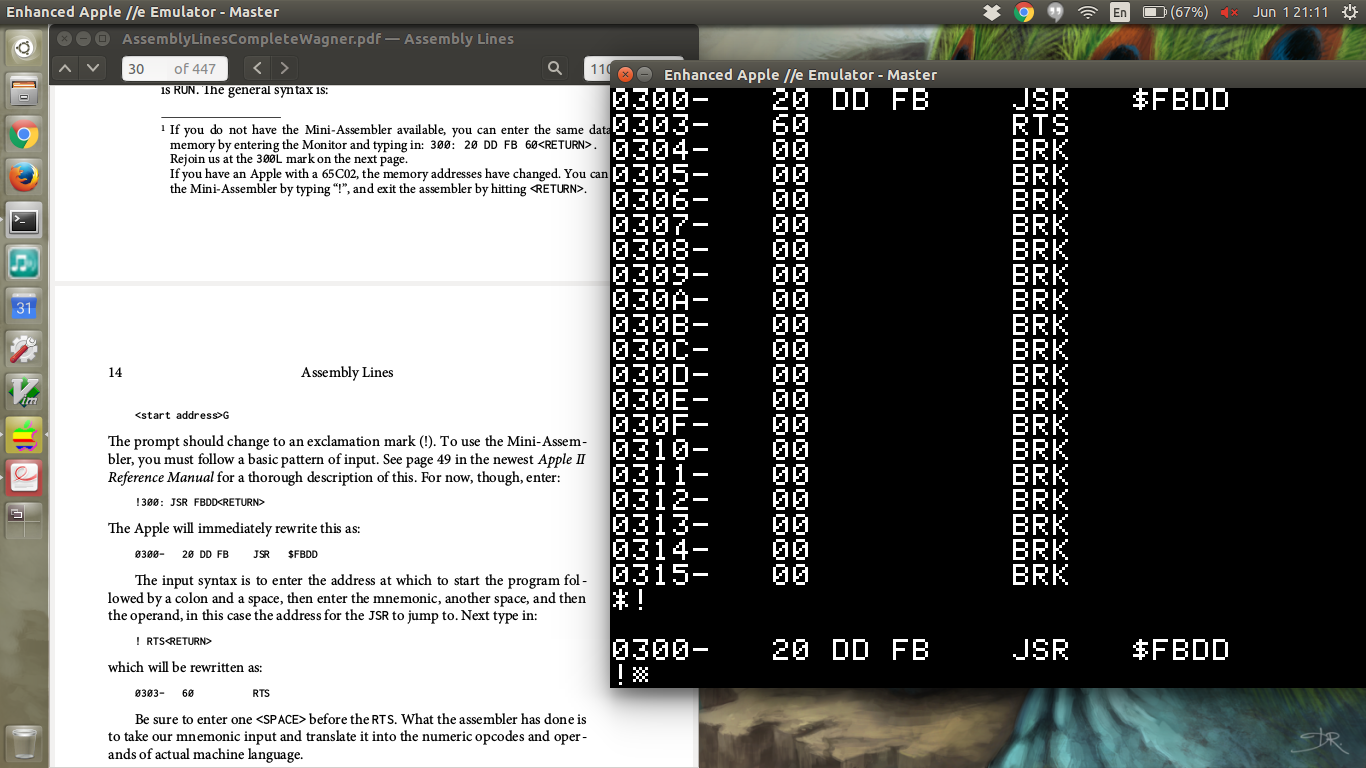 Yesterday I started on my quest to learn 6052 Assembly Code. To be fair this isn't the first time I've tried this. I've had may spits and spurts over the years. There are several good books for getting started but one book that really stands out is one that I recently picked up called "Assembly Lines: The Complete Book" (Hardcover) by Roger Wagner. This book is a compilation of the Softalk articles that appeared from October 1980 through June 1983. The first two chapters of the book cover the basics of the 6502 processor, the Apple ][ built-in monitor and the mini-assembler that ships with the Apple ][ monitor. It wasn't until much later that I realized that the Apple ][ even had a built-in monitor, let alone what to do with it, but this book makes it almost child's play. (If only I had that knowledge when I was playing around on the high school computers at my mom's work. On second thought, I probably would have given the staff a slight bit of pause playing at that level). The Apple ][ really shows off its hacker roots by bundling not only a monitor but also a disassembler and mini-assembler.

I never owned my own Apple computer (being an Atari person myself) so I decided to try the excellent Linapple emulator. That allowed me to play around with some of the machine-specific bits that the book covers. But I've also found the book is portable, and I've used some of what I've learned on the Atari 8-bit (using both Mac/65 and Assembler Editor), and a Python 6502 emulator (Py65.

I hope you'll join me and if nothing else prod me along on my journey toward proficiency with the 6502 processor, and possibly getting those snazzy player/missile graphics on the Atari that everyone promised me. :)