Today I had a moment of perfect beauty. I was getting an oil change for JoDee's car. I wasn't sure if it was going to go over half-an-hour so I asked my dad to come pick me up. Well, situations happened and I called my dad. He forgot. That wasn't a problem though, because I know that they've been busy with their move and thinking about all of the things that need to make it happen. It also didn't seem like this was going to take over a half-hour so I started fretting on what I would do. Usually I just wait in the lobby, but because of COVID I decided to just take a walk instead. There's a park behind the dealership so I just wandered around the park. They're putting in a WWII memorial in this park so I noticed one of the free lending libraries had a "Kilroy was here" painted on the side. That made me smile because much of the computing literature I read when I grew up had little doodles and what-not in there, and one of them was "Kilroy was here". As I kept walking I noticed a skate park where I'm sure folks learned or practiced their skateboarding. I've never done any skateboarding (I look like a newborn calf on rollerblades) but I admire folks who put in the time and energy to make stuff like this happen. I made my way to the other end of the park where I noticed something glimmering in the light. It looked like it might have been a gazing ball or something like that, as though someone made a little shrine over by the tree. Curious to find out what was there I moved closer to it, only to discover not a shrine but a 16oz beer can sitting perched within a tree. It was my creativity that turned that into a small gazing ball adorning a makeshift garden. During the walk I realized that my purpose is to use my creativity to make the world ever so slightly better. My heroes have always been folks like Jim Henson, Sid and Marty Krofft, Chris Crawford, and a myriad of game designers and creative people. I adore creative folks. My job is to take all of my talents and use them in whatever projects might come along. Maybe that means I'm a dabbler in many different creative fields, but even if one person can find a moment of perfect beauty in whatever I've created then it'll totally be worth it. Even if it's just sharing the story of a well-perched beer can nestled in a tree during a walk in the park while waiting for an oil change. 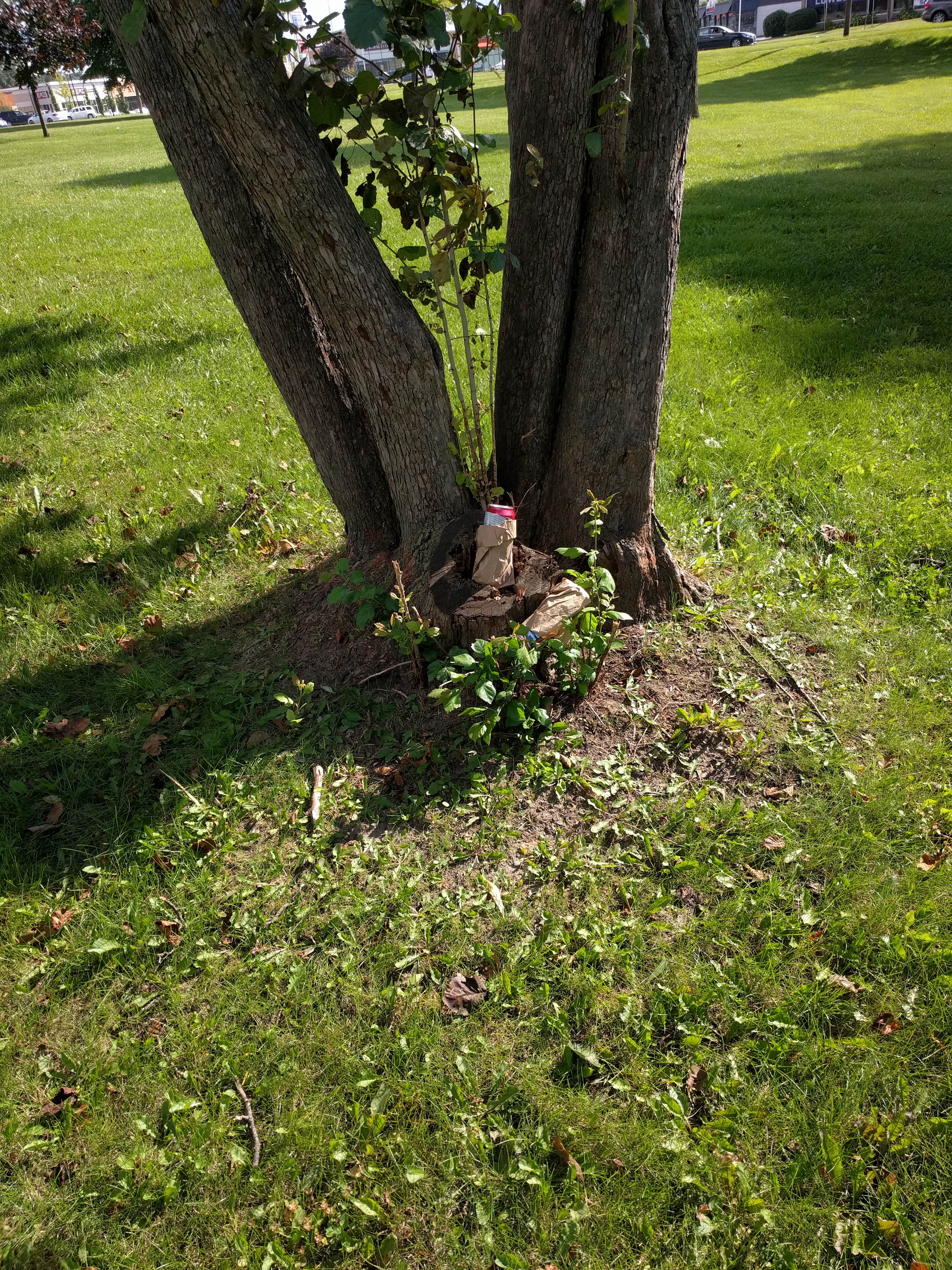