I was a relative late-comer to the BBS Scene. My parents were rather frugal when it came to the telephone (we didn't even pay for touch tone, which was an added charge per month. Yep, we were pulse-dialers until the bitter end when AT&T finally said "we're turning off pulse support because it's costing us money". Paying extra for that kind of service was anathema to them.) I never considered hopping onto services like CompuServe, BIX, and the like because I figured my parents wouldn't pay for it. My friend Dan was quite the opposite. He was very much into telephone services (though I don't know if he did CompuServe et al). We both had Atari 8-bit computers, so we did the usual software swaps and what-not. Eventually he got a newer modem and I bought his older Atari 835 modem from him. 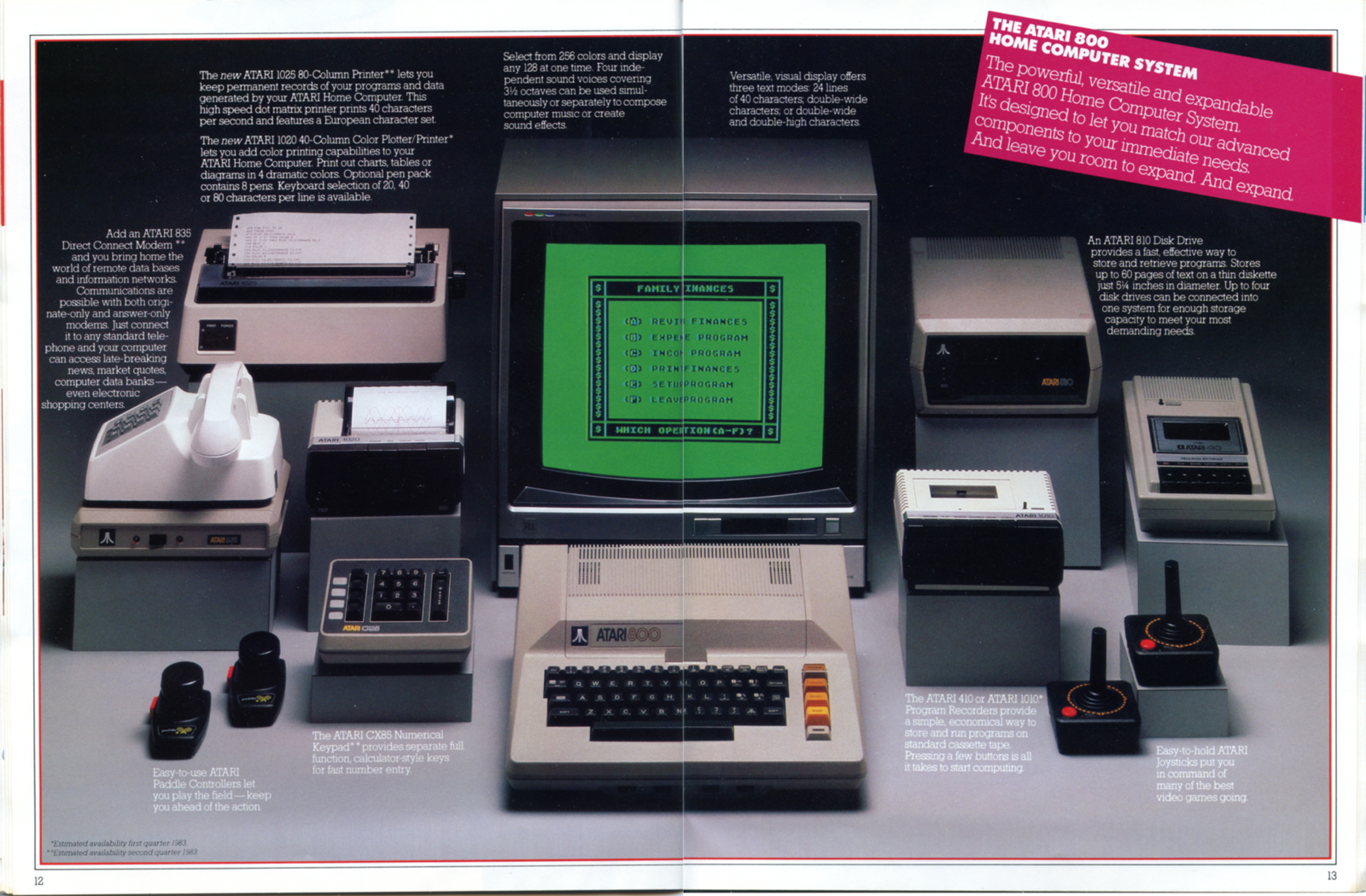 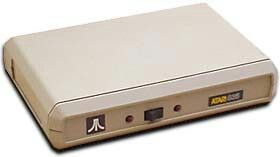 The Atari 835 was their "Direct Connect" modem. The 830 modem was an acoustic coupler modem that required the Atari 850 interface module in order to use. The 835 was the lower-cost version that plugged directly into the computer using the SIO (Serial I/O) bus (Think of an early version of USB and you're not far off). It also included Telelink II, which was a basic terminal program that would allow you to dial into other computers.

There were a few big Atari BBSses in this area. The first was Surfboard I, which was run by an older gentleman who's name escapes me. (I actually bought a heavily modified Atari 1050 from him, which I still have to this day). The second was (cleverly) named Surfboard II, run by Kilgore Trout (real name forgotten as well. You'll find a pattern here). Both of these opened my eyes to the possibilities of running a BBS and having a large community of folks hanging out there (though I believe most of these were single-line BBSses. Both were running on Atari ST machines.)

(It's here where I make a slight digression and remind folks about how frugal my parents were regarding the telephone. It's also where I elaborate on how screwed up our phone system was back before there was serious competition in the telephony sector. Back in those days there was a concept of a "zone phone call", which was not quite the same as long distance calling but was very much a "toll phone call" (See Long Distance), meaning that the call was billed at a certain rate depending on the time of day. That's part of the reason folks would wait until very late to make toll / long distance phone calls: it was cheaper that way. The most expensive times were around the morning / afternoon. This will come up in the next section.)

The first month I dutifully dialed into both BBSes for about an hour after school at the speedy rate of 300 baud, which was about the speed of a speed reader: fast enough for reading, but not fast enough for large file transfers and the like.

When my dad got the phone bill for that first month he yelled. Now, my dad can yell pretty well, but there is a certain yell that is the "you dun fucked up" yell. He has only used that a handful of times with me.

This was one of those times.

The bill was well over one hundred dollars. I'm not sure what the actual amount was, but considering it was around 1/6 of a new computer I knew I had fucked up mightily.

I explained what I did. It was innocent enough. I was just connecting with folks over the computer. We came to an understanding that I wouldn't use it as much. I learned to meter myself and keep things to a bare minimum.

But I was hooked. BBSes were a gateway to other folks and ideas. I was not one to make a whole lot of friends in the "meatspace" because I was awkward, but on a BBS? I could be anything I wanted to be. I could converse, debate, and what-have-you.

I wanted to make that my own. I wanted my own BBS. Unfortunately that had to wait until college when I had a phone line that I could "share".

When I moved to college I found several other BBSes up there (most running on IBM PCs, because the Atari was doing its slow-death-spiral compared with the IBM and Macintosh machines). I bought a FAX / Modem switch and set up my first BBS using Oasis BBS Junior. It started off life with two Atari 1050 drives (one modified for double density) but quickly gained some other loaner drives from Dan. I obsessed over this BBS, creating new things for it and trying to get folks to log into it. Of course it wasn't without its problems. I still had roomates (some of which didn't appreciate me taking over the phone line). Sometimes it would also lock up for no reason (which, of course, I would try to unbung with the help of others, including my dad who worked on the west-side of the state and had a key to my room), but in my mind it was worth the trouble.

I still remember the phone number for the BBS: 1-616-394-NEWT (Note: please don't try to call this, as the BBS is long-since departed.)

Eventually I upgraded to Oasis Pro and then BBS Express Professional. I also got a single dorm room so it was only myself that was bothered when the phone was tied up. I also upgraded to the Black Box (think the Atari 850 interface on steroids with a SCSI interface and the ability to add / remove drives and do memory dumping) and a SCSI hard drive (40MB!). I also started networking with a BBS in Ohio (long distance) that was also running BBS Express Pro. I spent way-too-much money on this hobby, but I couldn't get away from it. I loved connecting with others.

My friend Dan also loved BBSes, but he went completely overboard compared with me. He ran a multi-line BBS with all sorts of storage and nodes and what-not on multiple IBM PCs. It was called "Olympus BBS Mark II" (not sure what Olympus BBS Mark I was, but whatever). It was really cool and taught me a bit about online-discussions with other folks from across the world (including ones with "The Cardinal" about religion. Fun times!)

I have many stories about that time (like the time when everyone in the BBS scene on the west-side of the state played Floor Hockey) or the time when skinheads came to my dorm room (yeah, I fucked up pretty bad on that one. Don't engage with skinheads or their sisters, kids), but overall I had a positive experience with BBSses. They opened me up to exploring who I was in a way that I couldn't do inside the confines of school. They were a way to learn about communication in ways that I would never have thought to explore, and they prepared me for the global network that we share today.

Thing is BBSes haven't gone away. There are many of them out there available via telnet. Unfortunately today's digital telephone network has made high-speed modems obsolete, but the BBSes can still be accessed. Every now and again I think about starting up another one, but it's an awful lot of work to build and maintain a community and keep it running. In many ways that's the biggest lesson I learned from BBSes: community management and engagement. Some days I miss that aspect of computing.

Oh, if you ever ran into someone named "Permanent Waves" there's a good chance that was me. That's the handle I chose from one of my favorite Rush albums at the time.

Here's to the good times of BBSes.